Arguably the world’s best all-around snowmobiler, Chris Burandt began riding snowmobiles at the tender age of six, in the Colorado backcountry surrounding his grandparents’ cabin. His natural talent to ride snowmobiles led to a successful career in snocross as a teenager. Over time, speed and standard jumps weren't enough excitement for the Colorado native and Chris’ strong competitive edge and a desire to give the crowd a show led to him seeing just how far he could make his machine fly. In 1999, the 20-year-old joined the Slednecks crew, where he showcased his talents in the film Slednecks 3, opening the door to his career as a professional snowmobiler. Chris’ success on a sled helped pioneer the sport of snowmobile freestyle, so much so that in the early 2000's, he acquired the nickname "Big Air Burandt."  After learning how to back flip just two weeks prior to the first ever Snowmobile Freestyle event at ESPN’s Winter X Games, Burandt took home the Gold.

The drive to succeed at any cost has helped Chris to go farther and further than any other snowmobiler in the world, pushing backcountry riding to a whole new level. He brings that driving desire and unquenchable thirst for life to his business and the groups that he rides with…sharing with them all that he has learned, including a revolutionary new methodology for backcountry riding. His enthusiasm for what he does, and for making sure that your snowmobile tour excursion is nothing short of spectacular, will define your riding experience at Burandt’s Backcountry Adventure.

Connect with Chris on Social Media 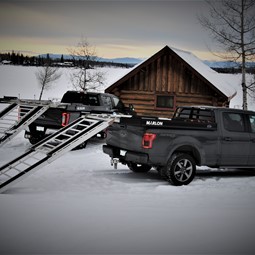 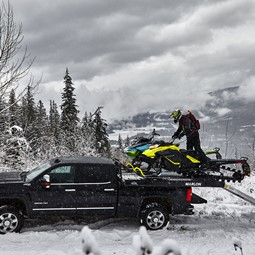